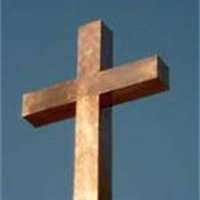 A native son of Santa Barbara, Joseph was born at St. Francis Hospital on September 16, 1937, attended Dolores Grammar School and was an altar boy at Our Lady of Sorrows Parish Church. He graduated from Santa Barbara Catholic High in 1955 and later received his bachelorâ€™s degree from University of San Francisco. While in northern California he took flying lessons hoping someday to make aviation a possible career. For many years he successfully managed several apartments in Santa Barbara and will be greatly missed for his gentle manner and high quality work. He was friendly to all with whom he came in contact and would go out of his way to help a person. He owned several small dogs and over the years enjoyed their companionship. On the evening of November 14, 2011 he passed away peacefully. He is survived by his brother Paul E. Munch of Santa Barbara and his sister Paulanne of Los Angeles. She is a member of Sisters of St. Joseph of Carondelet. He was the son of the late Dr. Paul F. Munch, MD and his mother, Anne. Funeral liturgy will be held at Serra Chapel near Old Mission on Wednesday, November 30 at 11:00am. Burial will be in Calvary Cemetery. Donations in Josephâ€™s memory may be made to Sisters of St. Joseph, 11999 Chalon Road, Los Angeles, CA 90049 and to the Humane Society, 5399 Overpass Road, SB, CA 93111. Arrangements by McDermott-Crockett Mortuary. Israel @ McDermott-Crockett.com.