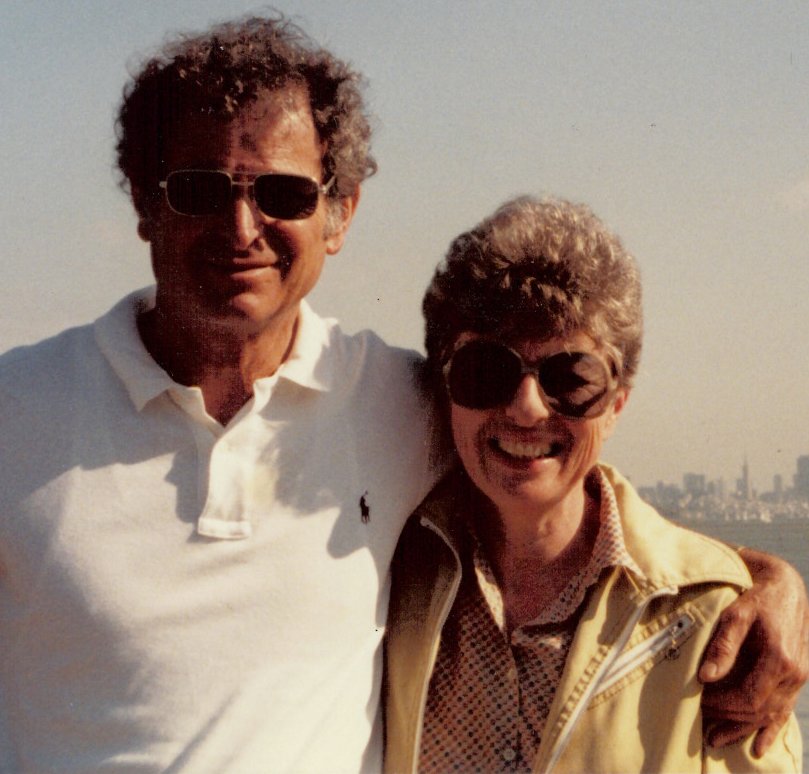 David Curland, 91, passed away peacefully on October 13, 2018, in Santa Barbara.  He was a practical idealist, a rebel against injustice, and an admired teacher who inspired a love of language and culture.

David was born in Phoenix on December 1, 1926.  He learned Yiddish from his parents, who emigrated from Russia in the early 1900’s, and then learned German from a local friend of the family. This led to a lifelong interest in languages and an academic career in Spanish.

David graduated from the first class of North Phoenix High School and volunteered for the Army Reserve.  During basic training at Fort Roberts, the army selected him to travel to Yale University to study Chinese and then assigned him to occupation duty in Korea as a translator.  He often told the story of seeing a Chinese train arrive loudly in Seoul with an enormous red star on the front of the locomotive.

In Los Angeles after the army he met Agnes during a political rally. They married in 1950. David used his veteran’s benefits to earn a degree from UCLA and began teaching Spanish at a Culver City high school.  During that era the school required a “loyalty oath” which he refused to sign as a protest against McCarthyism.  As a result he relocated his family to Oregon which did not require a loyalty oath. David is still remembered by former students at Willamette High School and the University of Oregon.

He organized international language conferences which brought teachers and funding to the U of O campus. He advanced the use of video in teaching and wrote the educational film series “Zarabanda” adopted by hundreds of schools nationwide.  David co-authored and edited the widely used “Hispanidades” a multimedia series based upon “The Buried Mirror” by Carlos Fuentes.

In 1998 David learned that he had an entire "half-family" living in Boston.  As was his nature he welcomed them into his life without reservation and they welcomed him.  They were a huge part of the rest of his life and continue to be an important part of his west-coast family's lives.  Agnes preceded him in death in 2003.  In Santa Barbara, as throughout his life, David was an avid swimmer and walked his dogs daily.  He was grateful to enjoy the companionship of Kay Woolsey and her family for the remainder of his life.  David is survived by a daughter, two sons, and two grandchildren.  If you would like to contact the family send emails to rememberdavid@curland.net

To send flowers to the family or plant a tree in memory of David Curland, please visit Tribute Store