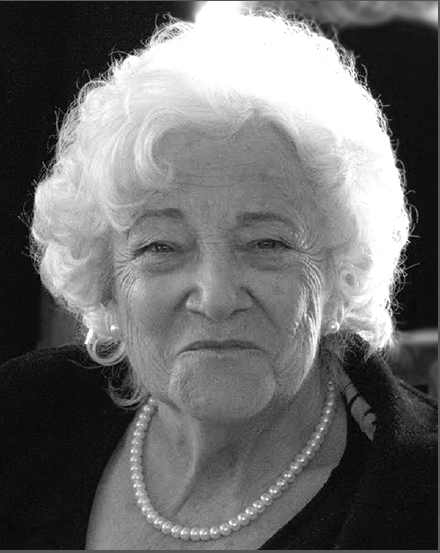 Fran had an amazingly long and productive life spanning almost 93 years. She was born December 31, 1926 in Newton Kansas to parents Charles and Alma Hall.

Fran met Charlie Krauskopf when she was 20 at a USO dance in Wichita, Kansas.  Charlie was serving in the U.S. Navy Air Corp.  It was love at first sight and they married a few weeks later.

Together, Fran and Charlie opened four Pioneer Chicken franchises in Southern California.  Fran was known in Santa Barbara restaurant circles as the owner, with her husband, of the well-known 1129 restaurant and “Oscars” nightclub on State Street.

Charlie passed away in 1985 after 39 years of happy marriage.

In retirement, Fran lived at Garden Court on De La Vina Street where she became very active as resident president and treasurer, organizing many Christmas drives and cookie sales over the years.  She later moved to The Californian convalescent facility where again she was very active with daily committees and activities.

Fran could light up a room and if laughter was heard you knew she was not far away.  She was the most generous and loving person that you could ever want to meet.

Fran’s family would like to thank the staff of both Garden Court and The Californian for the exceptional care provided during her long stays in both locations.   The family also extends a special thank you to Sandy and Linda, for their friendship, love and support over the years.

To send flowers to the family or plant a tree in memory of Mary (Fran) Krauskopf, please visit Tribute Store
Print
viernes
14
diciembre