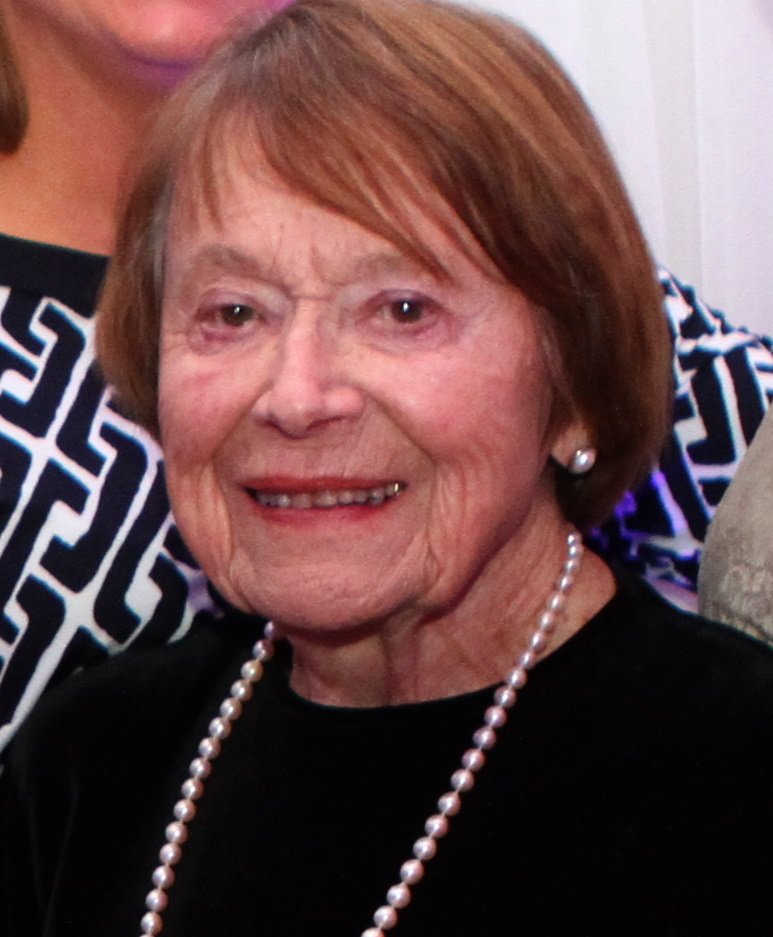 Polly passed away peacefully in the company of her family at Serenity House on February 9, six weeks short of her 106th birthday.

Christened O’Retha Madeline Parrott, Polly was one of seven children of William and Nellie Parrott.  Born March 23, 1913, she enjoyed a loving and adventurous childhood on her family’s farm near Sumner, Illinois.  Following graduation from Sumner High School and Brown’s College, she moved to Chicago in the depths of the Depression, securing a position with Lloyds of London.  After an extensive background investigation, she was subsequently hired by the FBI where she met her future husband, Special Agent G. Desmond Hackethal (Hack).

Polly and Hack married in Chicago on September 11, 1943.  Several years later, Hack was transferred to Denver, where their three children were born and Polly served as Secretary of the Colorado State Senate.  In 1963 the family moved to California when Hack joined the U.S. Dept. of Justice Organized Crime Strike Force.

Polly and Hack loved to socialize and dance and she was devastated when he died suddenly in 1980.  She remained in her Glendale home, working part time for several years as a legal secretary and then as an aide to a Member of Congress.  She was an excellent cook, avid bridge player, accomplished organist and travelled extensively to most countries in the world following Hack’s death.

In 1994 at age 80, she moved to Santa Barbara, as she always wanted to live near the ocean.  Settling at Bonnymede, Polly joined Newcomers, walked the beach daily, regularly exercised at the Montecito YMCA, volunteered at Cottage Hospital, joined the Santa Barbara Women’s Club and Chapter RO of PEO.

Polly drove without incident until she relinquished her license at age 100, retained her mental faculties and lived independently until five weeks before her death.  She attributed her good health, longevity and mental acuity to having a cocktail every evening, enjoying a gin and tonic two days before she passed.

Polly was intelligent, strong, independent, resourceful, politically astute, loyal in her friendships and willing to sacrifice anything for her family.  She was also a life-long flirt.

Polly outlived her siblings and is survived by daughter Lynn of St. Louis, MO, son Gregg and his wife, Penny Jenkins, of Santa Barbara and son Brian and his wife, Anne Cork, of Scottsdale, AZ.

The family appreciates Fred Romero, whose company, kindness and thoughtfulness Polly enjoyed as he chauffeured her in recent years, is grateful for the outstanding medical care she received from Doctors Robert Byers, William Gallivan and Steven Zelko, and thankful for the gentle, loving attention she experienced from the staff of Serenity House.

Polly’s funeral will be at 10AM on Wednesday, February 20 at Our Lady of Mount Carmel Church.  Arrangements by McDermott Crockett.  Donations in Polly’s memory may be made to Visiting Nurse and Hospice Care.

To send flowers to the family or plant a tree in memory of O'Retha Hackethal, please visit Tribute Store
Print
miércoles
20
febrero