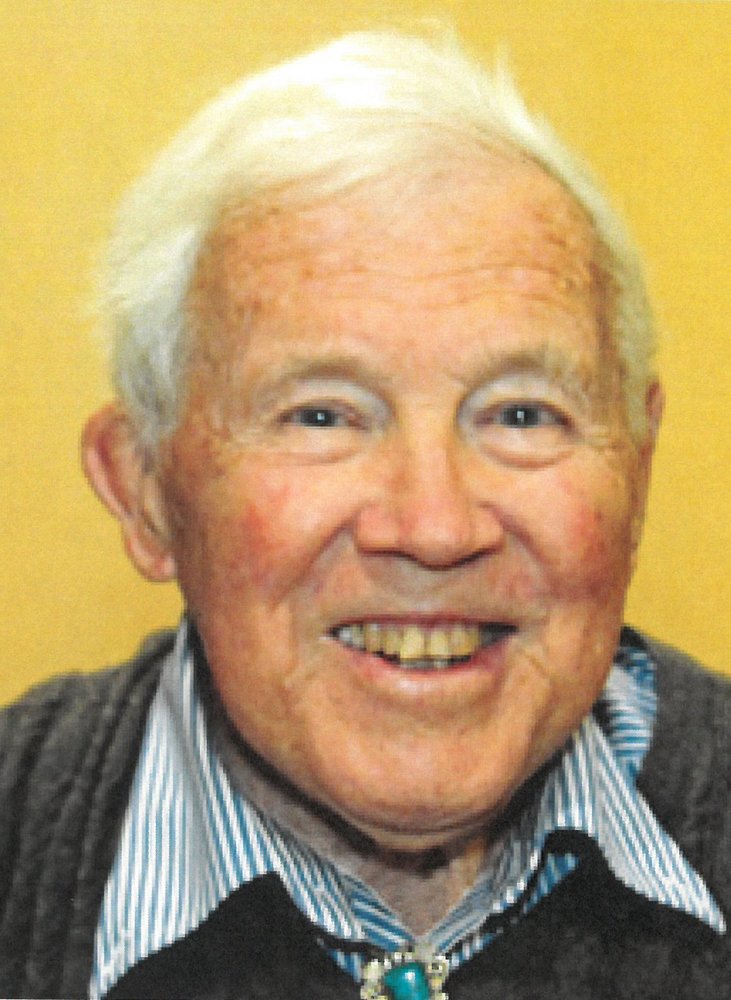 Edward Robert Lewis was born on August 24, 1918 in Framingham, Massachusetts. He moved to Santa Barbara in 1922 with his parents Robert and Helen Lewis. He went to school at Laguna Blanca and Santa Barbara High School. He attended State College on the Santa Barbara Riviera until WWII when he joined the Navy. He furthered his education at Texas A & M in electrical engineering. While in the navy, he served in the South Pacific in nine island invasions with PT Squadrons. He associated with John F. Kennedy who was also with PT Squadrons. Edward was commissioned as an officer while in the South Pacific. He was reassigned to new ship construction and installation of electronic equipment on new destroyers at Bethlehem steel yard on Stanton Island. The assignment was followed by fifteen months as officer and time in Gulfport, Mississippi.

He married his college sweetheart Janice Loyd on December 22, 1942 in Santa Barbara. They were married for 75 years. After the war, Edward returned to Santa Barbara and bought his parent's business, Lewis' GIfts and Antiques in the old adobe arena. After retiring, Edward and Janice built a new home on the riviera and continued to restore and repair antiques for his customers. Edward was an expert sailor. He built a schooner named the Chulosa and sailed many years with his family and friends. He was a charter member, past commander of the Power Squadron and lifelong member of the Santa Barbara Yacht Club. They traveled extensively on buying trips for his business and after retiring enjoyed cruising to various locations around the world. He is surived by his son Roger, two daughters Joan and Christine, 10 grandchildren, 20 great-grandchildren, a nephew Paul, and niece Ann. Per their request, there will be no public services.

To send flowers to the family or plant a tree in memory of Edward Lewis, please visit Tribute Store