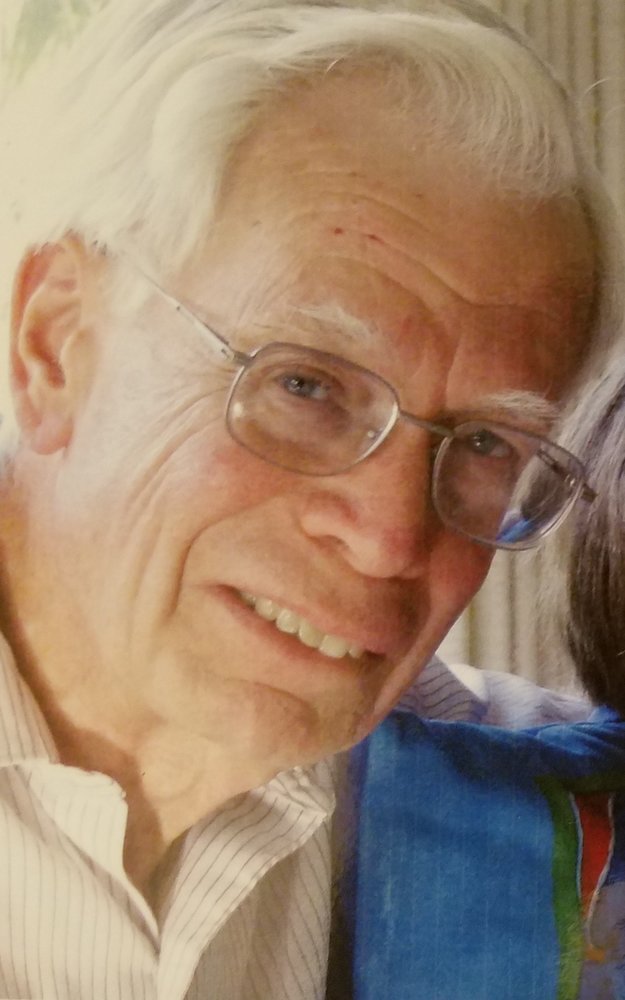 Jack Ballantine died on March 25th in Santa Barbara. He was 87 years old.

Born in Youngstown, Ohio on August 22nd, 1931, he grew up in the small town of Poland, Ohio, a suburb of Youngstown. After graduating from Poland High School in 1949, he attended Massachusetts Institute of Technology (MIT), receiving a Bachelor of Science degree in 1953 in electrical engineering, and a Masters degree in 1954 in that same field. Upon completion of his studies, he went to work for Goodyear Aircraft Corporation as a development engineer. Stationed first in Akron, Ohio, he moved on to Phoenix, Arizona, where he also met and married Jane Oliver.  Wed in 1957, the couple remained happily married until her death in 1988.

In 1958, they moved to Buffalo, New York, where Jack worked for Cornell Aeronautical Laboratory. In 1959, the Ballantines’ first son, Brian Lee Ballantine was welcomed to the world. The following year, Jack, Jane, and Brian moved to Boston as Jack returned to MIT to complete graduate school, working in the electronic systems laboratory as a research associate. Jack went on to receive a doctor of science degree in electrical engineering from MIT in 1964. The Ballantine’s second son, James Patrick Ballantine, was born in Boston in 1964.

In June, 1964, the Ballantine family moved to Santa Barbara, California, where Jack resided until his death. Jack took an engineering position with the Defense Research Corporation (DRC—later known as GRC, the General Research Corporation) as a member of the technical staff. He worked there for twelve years, during which time he spent over two years at the GRC office in New Jersey serving as its director. After leaving GRC in 1976, Jack worked part-time as a consultant for several other companies in the Santa Barbara area, and the College of Engineering at UCSB. In 1985, he went on to work for Science Applications International Corporations (SAIC) working both part-time and full-time, until retiring in 2005, a duration of twenty years.

Much of the work Jack performed throughout the years involved the analysis of ballistic missile and air defense systems, in particular the radar elements of these systems.

Jack devoted most of his life to the care of his son Brian, who was developmentally disabled. Brian lived at home with his family until he passed away in 2013. Jack was Brian’s primary caregiver along with his wife Jane, and every effort was made to include Brian in all the family activities. Brian attended the Alpha Resource Training Center (ARC) in Santa Barbara for most of his adult life, a facility that provides recreational and educational tools for people with developmental disabilities. Jack was very much involved in the ARC, serving on its Board of Directors for several years, as well as heading the Board as president.

A resident of Santa Barbara for over 50 years, Jack leaves behind his son, James, daughter-in-law, Lisa, and grandson, Jackson (“Jake”), all residents of Santa Barbara who enjoyed spending time with him and Brian. They, along with Jack’s sister, Jane, brother-in-law, Phil Klubes, and nephews, Ben and David —who all live in Maryland—will all remember his devotion to Brian and will miss Jack’s gentle spirit.  Karen Robiscoe, a longtime friend and helper, will also remember him for years to come, as will his many other friends made over the years.

A graveside service will be held on Friday, March 29th at 11 AM at Santa Barbara Cemetery.

In his memory, Jack would appreciate donations to the Alpha Resource Training Center or the Animal Shelter Assistance Program (ASAP).

To send flowers to the family or plant a tree in memory of Jack Ballantine, please visit Tribute Store
Print
viernes
29
marzo