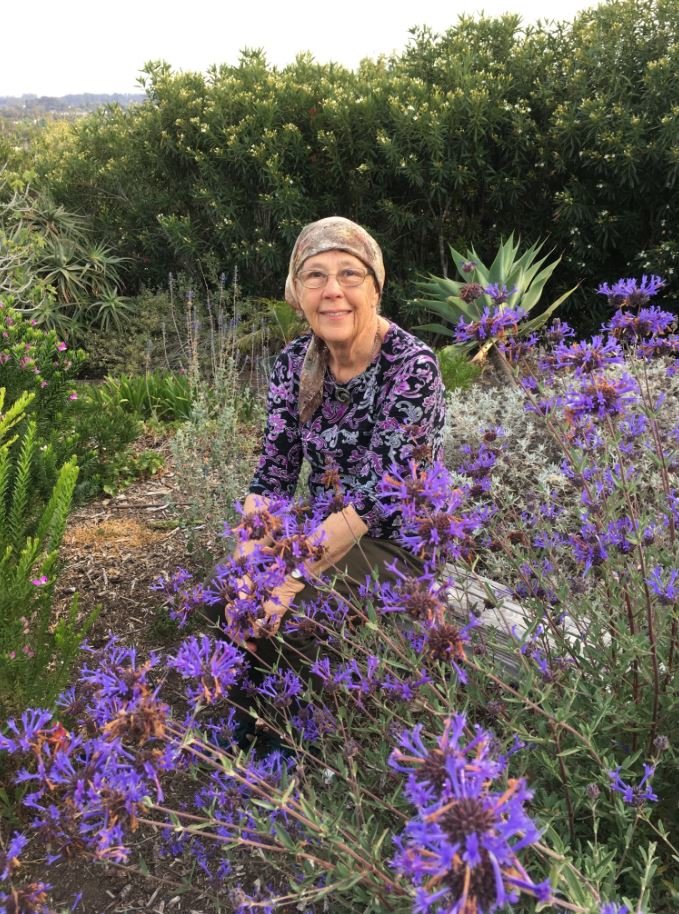 Diana Margaret Kennett of Goleta, California, peacefully passed away at 77 years of age on March 29, 2019 while surrounded by her loving family. Diana loved life and adventure and was very curious; a life-long learner and educator. She was kind and gentle with a warm and captivating smile. Diana was genuinely interested in and compassionate about others.  She loved children, especially her own four wonderful grandchildren. Diana accepted people without criticism and was modest about her own accomplishments. Overall, she went through life with kindness, intelligence, laughter, concern for others, a great sense of humor, and a positive outlook on life, including during her recent illness.

Diana was born an only child in Wanganui, North Island, New Zealand on May 8, 1941 to Frank and Olive Dawes.  She grew up on a remote dairy farm that catered to the Scottish cheese market. When she was just a toddler, Frank was drafted into the New Zealand Army in 1942 and served three years in North Africa in WWII. Her mother kept busy as a district nurse while caring for her young daughter. Diana’s childhood was filled with exploring the rolling hills and dynamic coastline of Wanganui where she began to develop her life-long love for nature and the outdoors. Life could be lonely on the farm and she developed a strong independence, a love for reading, and taking care of her pet lambs and a pony. Diana learned piano and ultimately was certified through the Royal Academy of Music, London. She retained a life-long love of music enhanced by a sweet singing voice.  Her education began in a one room country school house, but she quickly transferred to Friends Quaker boarding school where she developed her strength, fortitude, compassion, and no-nonsense approach to life. Later, at Wanganui Girls College (High School), Diana’s teachers nurtured her love of science and teaching. She excelled in chemistry and geography and attended Victoria University of Wellington from 1959 to 1961 where she received a Bachelor of Science degree in Chemistry.

While at Teachers College in Christchurch, South Island, the following year she met her future husband of 55 years, James Kennett, then a PhD student, who was attending a NZ Science Congress and traveling to Antarctica to conduct geological field work. Their budding romance later blossomed while Diana was teaching science at Wairarapa College in Masterton on the North Island, and the couple married in December 1964. Diana’s inherent love of native plants became apparent during hikes in the wild mountain temperate rain forests that are so well known in New Zealand.

The couple emigrated to the United States on the SS Ryndam in 1966 for a life of science, education, and adventure. This was the post-sputnik period with generous opportunities for scientific endeavors and advancement. Their American life began at the University of Southern California in Los Angeles with post-doctoral and technical science positions.  These were especially exciting times for the couple given the opportunities to explore the iconic native habitats of California found in the deserts, mountains, and coastal locations, and of course the remarkable national parks.

They soon started a family with the birth of their son, Douglas James, and later their daughter, Mary Frances. Diana’s nurturing quality grew unabated for the next 50 years in numerous capacities including mother, wife, teacher, docent, friend, and gardener. Diana spent her children’s formative years in Rhode Island from 1970 to 1987 where she strongly supported her husband in his research and teaching career at the Graduate School of Oceanography, University of Rhode Island. She had a long-time interest and success in home gardening, her nurturing qualities again coming to the fore.

Her strong interest in the regional vegetation, deciduous forests, and wetlands inspired her to pursue a Master of Science in Botany that she received from the University of Rhode Island in 1983. Diana conducted research on the chemical environment and biology of microscopic marine plants called diatoms in the Pettaquamscutt estuary. The work resulted in her discovery of a very unusual vertical distribution of diatom assemblages limited to critical chemical interfaces in this unique environment. Ultimately, her research resulted in several published scientific papers and led to her later passion for conservation efforts in this estuary.

Diana and James moved to Santa Barbara in 1987 with the University of California Santa Barbara.  The remarkable climate of Santa Barbara provided her with unprecedented opportunities to create and foster a beautiful and diverse home garden that continues to flourish today.  In 1994, Diana started contributing her time to the Santa Barbara Botanic Garden. She gave tours, trained docents, and developed educational materials, and hands-on laboratory experiences for children.  She relished imparting her knowledge, fascination, and joy for the natural world to others. She was also involved with developing tours and educational materials for a special Santa Barbara Botanic Garden program for schools at Lake Casitas.

In 1998, Diana was awarded Volunteer of the Year and in 2015 she received the Anna Dorinda Blaksley Bliss award for lifetime service, the Botanic Garden’s highest honor. In parallel with her service at the Santa Barbara Botanic Garden she worked as a docent at the Arroyo Hondo Preserve where she educated groups on coastal flora and fauna and stream ecology. Diana continued to work at both the Santa Barbara Botanic Garden and Arroyo Hondo until her illness made this too difficult.

Diana was involved at Saint Michael’s Church serving on the Bishop’s committee and chairing it during the 1990s. She received an ‘Angel Award’ from Saint Michael’s for her community outreach and church work. She was always willing to give a helping hand to less fortunate people, including the homeless. She also assisted with the Faculty Women’s Club (now the Shoreliners) annual competition for graduate student research scholarships. She was particularly passionate about the role of this program in promoting women in science and engineering.

Diana was a great adventurer who wanted to see the world. In the 70s and early 80s, her travel was largely limited to camping and outdoor exploration in the eastern United States.  She loved the coastlines of New England and was heavily influenced by the environmentalism of Rachel Carson. Big trips were reserved for visiting family in New Zealand with the exception of a highly memorable sabbatical to Hawaii in the late 1970s where she rejoiced in the tropical flora of Oahu, Maui, and the Big Island. Most memorable were epic hikes into the Haleakala Crater to search out exotic plants, and the challenge and adventure of hiking up the Mauna Loa volcano. When the children were old enough, Jim and Diana’s persistent and life-long adventures around the world began in 1983 with a photographic safari in Tanzania where they saw diverse wildlife in all its glory.  Ultimately, Diana and Jim visited six continents and at least 43 countries together and this fueled Diana’s interests in conservation and education and gardens around the world.

With her beautiful smile, her compassionate disposition, and her volunteerism, Diana left the world a better place. She will be greatly missed. Diana is survived by her husband, James and her children, Douglas James and Mary Frances, along with their respective spouses, Sarah McClure and Daniel Grabenheinrich. Diana loved exploring and teaching her grandchildren, Tave and Ella Grabenheinrich and Lukas and Kyra Kennett, about the natural world, watching them grow, and nurturing their diverse interests. There will be a celebration of Diana’s life on April 27th at the Santa Barbara Botanic Garden.  Please call the Garden Registrar at 805-690-1129 for more information. In lieu of flowers, donations may be made in Diana’s name to the Santa Barbara Botanic Garden.

To send flowers to the family or plant a tree in memory of Diana Kennett, please visit Tribute Store