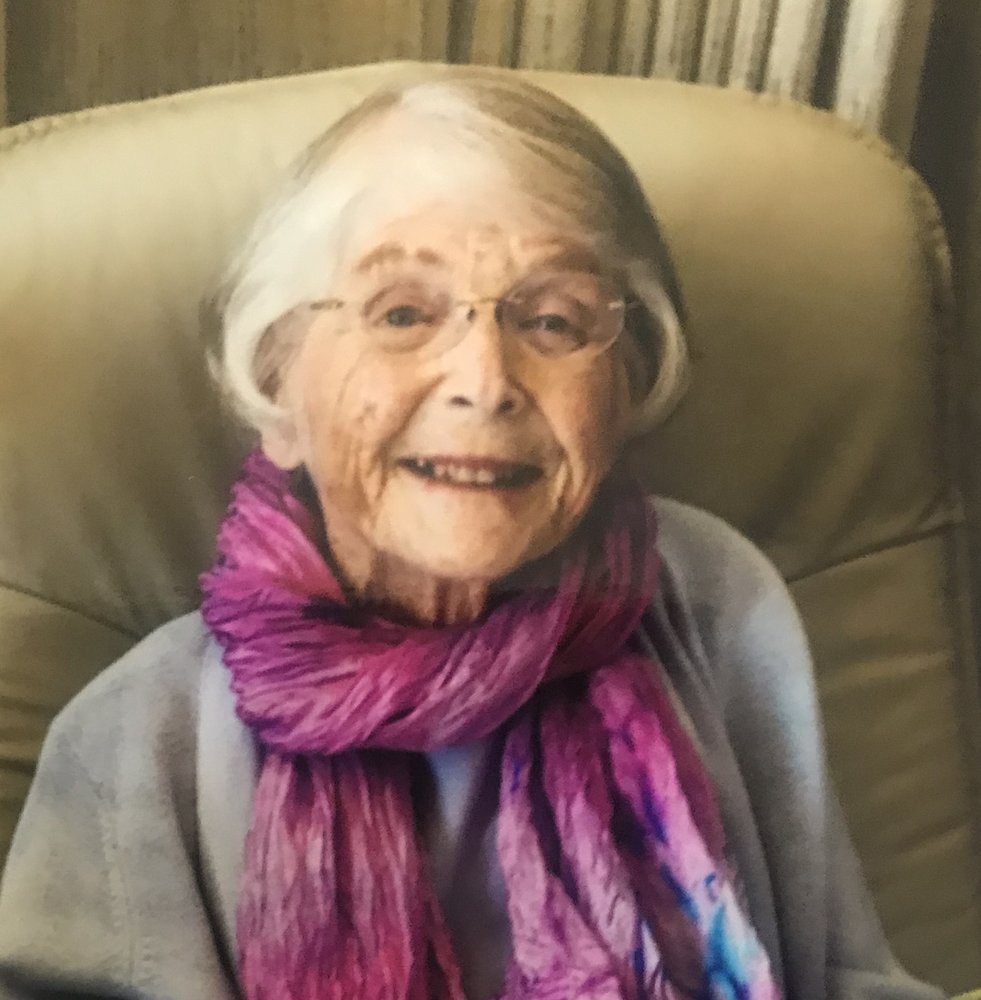 Eugenia Livingston Snyder Thorpe passed away peacefully in her sleep on September 8 at her home of 70 years in Paso Robles, CA. Shortly before her death, Eugenia celebrated her 100th birthday at her home surrounded by family and friends.

Eugenia was preceded in death by her parents Edward Conant Livingston and Ida May Hale and three brothers, William, Robert and Lennard Livingston; her first husband of 54 years, Paul Snyder and her second husband of 12 years, Don Thorpe; and her foreign student son George Diab of Brazil, the first AFS (American Field Service) student at Paso Robles High School.

Eugenia, a fourth-generation Californian, was born in Los Angeles and lived in Hollywood for a few years. Her family moved north to Stockton where she attended primary school and her three brothers were born.  Moving next to Atascadero, the family eventually settled in Paso Robles, where her father established a successful farm implement dealership. Eugenia graduated from Paso Robles High School in 1936 and from the University of California, Berkeley (Cal) in 1940 where she met Paul Snyder.  She and Paul, also a 1940 graduate of Cal, were married in Paso Robles.  Paul was called to active duty as a Navy Officer in 1941, serving at sea in Alaska for the majority of WWII, while Eugenia lived in Seattle and worked at the University of Washington book store.  After the war, Eugenia and Paul settled and built their home in Paso Robles, where she raised her family and lived for the rest of her life.

A design decorative art major at Cal, Eugenia was a creative person who enjoyed designing her home interior and garden, painting and supporting the arts in her community. She was a social person, hosting many parties in her home and attending numerous charity, music, and art events. She was very active in a wide variety of Paso Robles organizations such as the Plymouth Congregation Church, Clipper Club, AFS, North County Concert Association, Paso Robles Art Association, AAUW, Cuesta College Foundation, UC Berkeley Alumni, P.E.O., Beta Sigma Phi, Alpha Chi Omega Alumni, PTA, Boy Scouts of America and several other organizations. She provided a role model for younger generations of women in Paso and San Luis Obispo County with her leadership and philanthropic efforts. Her desire to participate in her community gained her numerous life-long and intergenerational friends in Paso Robles and the Bay Area, friendships she greatly valued.

To send flowers to the family or plant a tree in memory of Eugenia Thorpe, please visit Tribute Store
Print
sábado
20
octubre