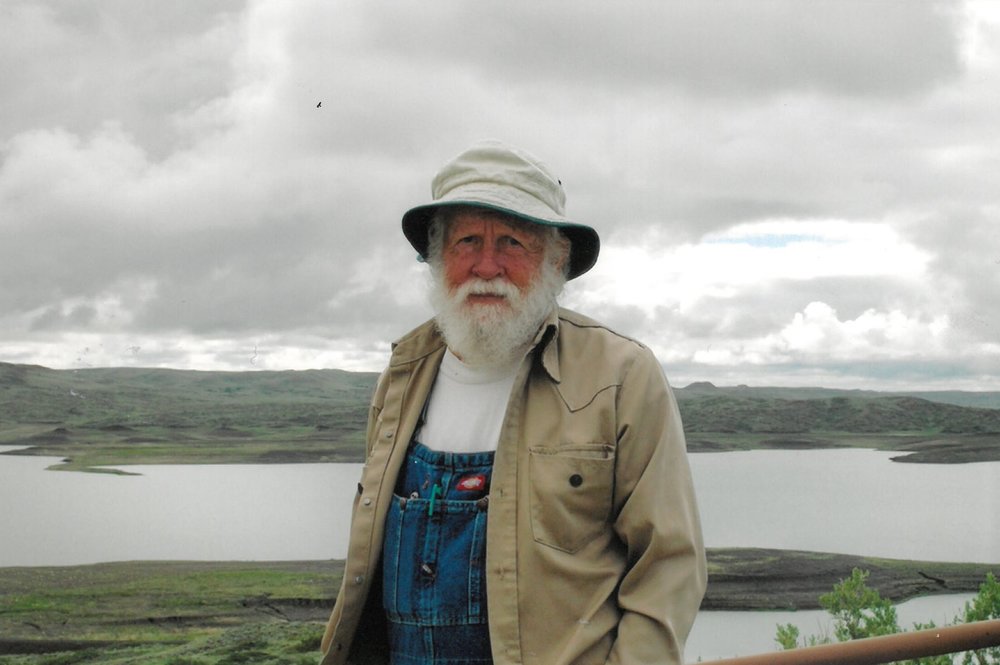 John Eugene Johnson, age 93, passed away on January 11, 2019 in Santa Barbara.  John was born in Los Angeles to Cyrus and Beatrice (Venator) Johnson.

A decorated officer in the US Air Force, he served tours of duty as a radar operator/navigator in both WWII and the Korean War.  Amongst medals he received are the Purple Heart and the Distinguished Flying Cross.

After WWII, John finished his undergraduate education at UCLA, where he met his first wife, Barbara Hunter, whom he wed in 1948.  After completing library school at USC, he was hired as a librarian at UCSB.  John and Barbara had two sons, Mikael and David.

John met his second wife, Carolyn (Nelson) Therianos at UCSB, and they wed in 1974. John and his two sons welcomed Carolyn's daughter, Christina, into the family, and soon thereafter Laurel and Steven were born.

Throughout his life, John exuded joy when playing piano, guitar, or accordion, and that joy was especially infectious when he added his voice to the mix, as with his rollicking performances of the Marty Robbins classic, “El Paso.”  He contributed his booming baritone to various local groups throughout the years, including the Opera Workshop, Santa Barbara Choral Society, and the Hollybush Singers.

Identifiable to many in the community by the white beard he sported, John enjoyed hiking and bicycling until he was well into his 80’s, and continued his leisurely walks around the neighborhood in his later years.

John frequently stated that the best decision in his life was “retiring” at age 51 to become his family’s chief cook and bottle washer as well as primary volunteer for his younger family’s school and extracurricular activities.  He loved his life, and he loved Santa Barbara--the place where he sang, hiked, biked, sat and watched the trees grow.

A celebration of John’s life will be held in early Spring.

To send flowers to the family or plant a tree in memory of John Johnson, please visit Tribute Store