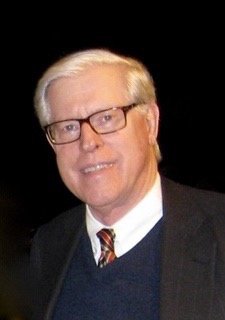 Obituary of A. Frederick Gerstell

A. Frederick Gerstell, 81 of Santa Barbara, CA, died on February 23, 2019 after a long illness. He is survived by his daughters, Alison Smith, Andrea Lukens and Daphne Ford, their husbands and four grandchildren. His sister, Roberta Bennett and several cousins and nieces also survive him. Born and raised in Easton, PA, he was pre-deceased by his parents, Alice Roeth and Robert S. Gerstell and his sister, Mary Alice Neary. Fred graduated from The Lawrenceville School in 1956 and earned a B.A. from Princeton University in 1960. He served in the United States Army and joined The Alpha Portland Cement Company, of which his grandfather, A. F. Gerstell, was an early president. He then moved to Los Angeles, CA to work for the California Portland Cement Company, later becoming the Chairman and Chief Executive Officer of CalMat and Vulcan Materials. Fred served as Director of Northern Trust Co. of California and the Ameron Co. of Los Angeles.  He was on the Board of Governors of the American Business Conference Foundation for Economic Growth in Washington, DC and served on the Board of the Los Angeles Museum of Natural History. He was also a Director of the Charitable Trust of the Beavers, the California Chamber of Commerce and the YMCA of Los Angeles. In addition, he is a Trustee Emeritus of The Lawrenceville School. Fred will be remembered for his love of Princeton, joy in playing a great round of golf, weaving a good story, dancing the night away and playing a tune on his harmonica. A funeral service will be held at the College Hill Presbyterian Church, Easton, PA on March xx at xx. In lieu of flowers, contributions may be made to the A. F. Gerstell and Robert S. Gerstell Memorial Scholarship Fund of Princeton University. His family wishes to thank the many kind and patient friends, family and caregivers Fred had over the past several years.

To send flowers to the family or plant a tree in memory of A. Frederick Gerstell, please visit Tribute Store

A Memorial Tree was planted for A. Frederick
We are deeply sorry for your loss ~ the staff at McDermott-Crockett & Associates Mortuary
Join in honoring their life - plant a memorial tree
Print
Share A Memory
Send Flowers
Plant a Tree