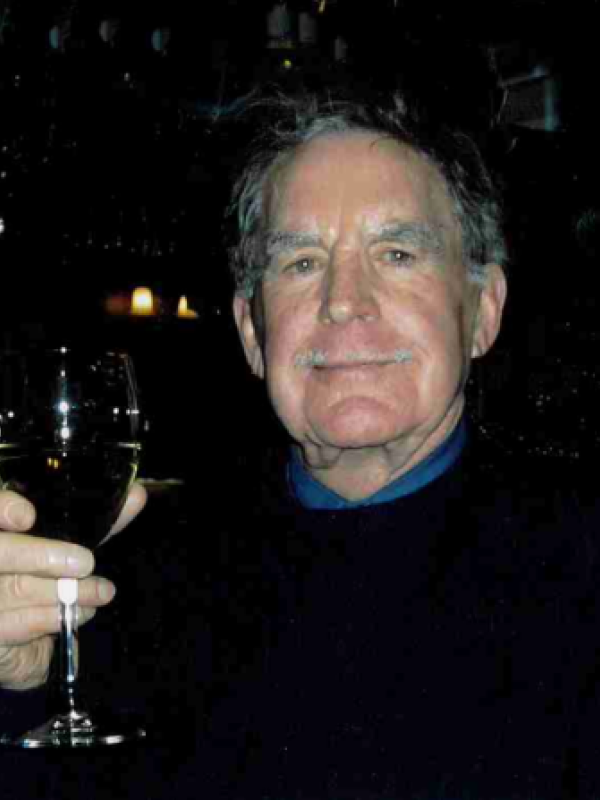 Tim McGovern passed away on Tuesday, January 21, 2020 after a lengthy battle with Alzheimer’s.

A lifelong adventurer, Tim was born in Wagga Wagga, New South Wales (Australia), to William and Nancie (Osborne) McGovern. After his own father’s passing when Tim was very young, he attended St. Joseph’s College (Joey’s), a boarding school in Sydney. After graduation, he articled (apprenticed) with Dover’s Surveying in Wollongong. Because Australia required surveyors to be at least 25 years old and Tim was 21, he moved to New Guinea to hone his craft, working at the Bulolo Gold Dredging Company where his first task was to survey a road through the jungle. Tim was a volunteer lifeguard at Wollongong Surf Club, volunteered with the local fire brigade, and served in Australia’s Air Force. After traveling through Europe for a few years, colleagues at Bulolo Gold Dredging suggested he would be welcomed at a companion company in Vancouver, British Columbia. Tim met his future wife, Fay Elaine Drewes, early during his time in Vancouver at an Australia-New Zealand Club dance – ironically, they grew up less than 200 miles from each other in Australia but did not meet until they were both living in Canada.

Tim and Fay were married in Vancouver and soon after Tim was offered the opportunity to work in Nigeria, to provide an up-to-date map of 50,000 square kilometers of the country. Tim and Fay “lived bush” for nearly 2 years, expanding their horizons and gaining a fierce appreciation for each other and for the adventure that world travel brings. Serving as a photogrammetric engineer, just a few examples of Tim’s professional endeavors included mapping a pipeline route between Saudi Arabia and Iraq; mapping land ownership along the Nile in Egypt; identifying minerals claims in South America; and siting communications towers in South Korea.

Upon leaving Vancouver, the family lived in Seattle and Honolulu before settling in Tarzana (San Fernando Valley, Los Angeles), where they lived for nearly 40 years, during which time Tim embraced a second career as a licensed realtor and became active in the Tarzana Chamber of Commerce. In 2012, Tim and Fay relocated to Santa Barbara to be closer to family. Tim had many hobbies…he played bridge, was an avid golfer, actively practiced magic, had a green thumb in the garden, collected coins and stamps, and was a devoted family man.

Tim was preceded in death by his older brother Tony McGovern. He is survived by his loving and devoted wife Fay. (June 25, 2020 would have been their 60 th wedding anniversary.) Tim also leaves behind a beloved younger sister Thea Hayes and younger brother Terry McGovern, son Mitchell McGovern, daughter Andrea McFarling, son-in-law Doug McFarling, grandsons Drewes and Kellmer, dozens of cousins, nieces, and nephews, and many friends. We will miss his love of family, his thirst for adventure, and certainly his snappy sense of style.

Tim’s family will celebrate his life in a private service at the Santa Barbara Mission and Tim’s remains will be scattered in a few locations important to him that will allow him to continue his adventures. In lieu of flowers, please consider making a gift to the Alzheimer’s Association in Tim’s memory.

To send flowers to the family or plant a tree in memory of Tim McGovern, please visit Tribute Store

Share Your Memory of
Tim
Upload Your Memory View All Memories
Be the first to upload a memory!
Share A Memory
Send Flowers